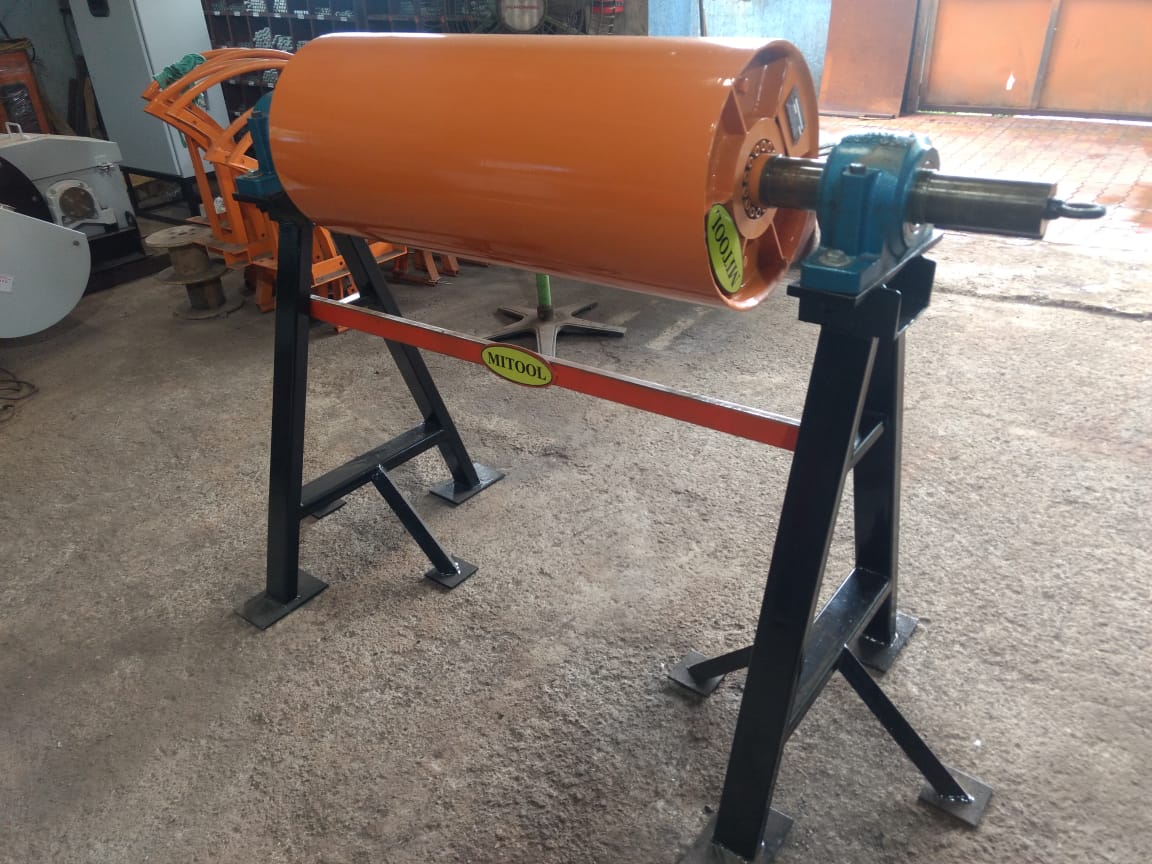 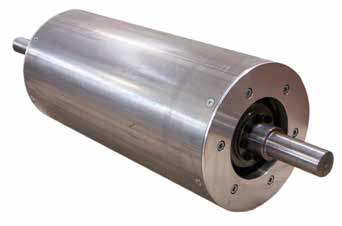 MITOOL Magnetic Pulleys are used for all kinds of bulk materials such as brown and pit coal, coke, lime- stone, cement, rock salt, potash, chamotte, blast furnace and steel mill slag, foundry sand, gravel, sand, synthetic granulates, grain and feedstuff. They can also be fitted as drive or return pulleys to the discharge end of rubber conveyor belts of existing installations at a later stage.

DESIGN DESCRIPTION
MITOOL Electro Magnetic Pulleys have a magnet system of disk-shaped pole bodies with inserted coils. The pole bodies are made from steel of high permeability. The coils are normally made of Aluminium rate for class ‘H’ insulation. However, it can also be made of Copper coil. Pole bodies and coil form a complete unit. All coil connections are led to a terminal box on the face of the outer pole from where they are connected to slip rings through the Hollow shaft.

Non-magnetic coil covers guarantees maximum protection against dust and water due to its position between the pole bodies. The rings made of non-magnetic material at the two outer pole bodies guarantees a good support of the conveyor belt over the entire pulley down.

D.C. is fed to the Electro-Magnetic Pulleys via two slip rigs. The sliding contact device is enclosed in a dustproof housing and contains the necessary carbon brushes. It is imperative to know supply voltage, standard frequency and ambient temperature for dimensioning the switchgear.


MAINTENANCE
This is largely confined to the careful lubrication of the pillow block bearing to a check of bronze brushes and slip rings and to sight check of the pulley surface as to wearing by iron pieces between belt and pulley which could damage both the pulley and the belt's sliding side. Check may only be effected at belt's stand-still and magnet excitation switched off.